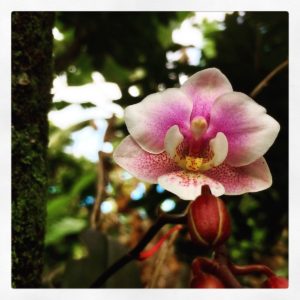 Living here in Tapuio has been a challenge. Nothing is easy. There have been times when throwing myself off the mountain (to see if I could fly!) sounded better to me than spending one more day with the daily battles of this place. There is a saying here that you have to kill one lion a day. Up here in Tapuio, it’s more like three a day.

The road is bad so even on a good day, the risk of falling is high. Ruts and rocks and potholes make up more of the road than actual road. I’ve spent well over a thousand reais on repairs to my motorcycle since December alone. The road is so bad it it causes screws to fall off the motorcycle. The mirrors and signal lights are permanently broken. My fairly new motorcycle rattles and shakes like some hard driven pick up on a west Texas ranch.

If it rains, forget it. The motorcycle won’t make it to my house. I park it somewhere on the side of the road and continue on foot, sometimes barely making it up the mountain even on foot.
I have quite literally crawled on all fours grabbing at rocks and digging my fingers into the mud just to be able to make it up the mountain in the rain.

I battle home invaders who believe a country home is just a storage place for them, hunters who fire guns in front of my house at 2 in the morning just to let me know there’s nothing I can do because nobody cares, and trail bike riders who believe nothing is better than flying up the muddy road after a hard rain, destroying the road even more. (Once, when I stopped a few and tried to explain to them how destructive their habit is, I was met with blows to my head and chest and shouts to leave.)

I cannot repair my house the way I’d like. Getting material up the mountain (when I have enough money to purchase material) is difficult. But even if I get the materials to my house, I cannot find anyone to help me with the task of repairing the walls, etc. Either they want me to pay a small fortune (I’m American so I must have tons of money) or they simply refuse to come up here. And I’m a terrible mason. And eventually the materials sprout legs and wander off, following some home invader.

I have to be extremely cautious about the wildlife. Not lizards or ant eaters, things like that. More like snakes and ants and scorpions and spiders and things like that. You cannot put anything on, shoes, pants, sweaters, t-shirts, anything without checking first for some beast. I’ve had frogs leap out of my shoes, but I’ve also had rather large and quite venomous wandering spiders leap from my shoes.

I’ve stepped on snakes while going to the bathroom at night.

I fight crushing loneliness. This is a tricky one. I am already somewhat of a loner, an introvert. If I’m around three or more people for more than 5 minutes, I go into panic mode. I hate groups and crowds. I wilt. I hide. I am the only person living in Tapuio and honestly, I prefer it that way. My nearest permanent neighbor is 4 kilometers away, down the mountain. I don’t want other people living up here with their constantly barking dogs and always-on TVs and parties so loud you can hear them 5 kilometers away. One of the things I like about Tapuio is precisely the lack of neighbors.

Yes, I am antisocial. I know this. Even though I studied Anthropology and Religion, people bore me, the idea of culture (or religion) as a justification for anything more than propping up power structures in today’s world makes my stomach turn. I really don’t mind that people don’t invite me to parties because I hate them (parties, not people necessarily) and would prefer not to go.

I don’t do the superficial contact thing very well. The small talk, the banter required to cement social structures just to make things flow. Whenever I am forced to talk small, I invariably route the conversation to something concerning the environment, or agriculture, or how acting locally has global consequences and I can see the poor soul stuck in conversation with me squirming, suffering, trying to find any polite way to get out.

People here call me the mountain ogre. While waiting for a haircut and shave the other day (yes, I do get haircuts and shaves), I was talking with the vice mayor (a position even less important than that of vice president) and he called me a hermit, using the augmentative, so it was something like big hermit or super hermit. All a bit dismissive, don’t you think? I’m not mainstream, therefore my radical views don’t really reflect anything real or practical.

I am antisocial, but that doesn’t mean I wouldn’t welcome having someone in my life. There are things you simply cannot do when living alone, like climbing the breadfruit tree to get the fruit. And it would be nice to be able to share with someone the joy of finding a new orchid, or these incredible sunrises. Or cooking. No one likes to cook just for one.

But I’m not likely to meet anyone. People think there’s something inherently wrong about an American who moves down to the back of beyond, like maybe I’m fleeing prosecution for some kind of crime. Or maybe I need the privacy to practice cannibalism.

People are constantly telling me I need to sell this place and move to the city, or move back to the United States where, apparently, I could easily get a job with some company, rent an apartment, and wait to die of boredom.

I recently fell very ill (I’m sure it was malaria, or maybe ebola, but the doctors used their stock answer here: It’s a virus). Nothing like a good illness to bring mortality and need into sharp focus. When you’re in bed shivering so hard you can’t even hold your cellphone and your head is baking from a 104º fever you realize you are not invincible. You understand you need someone nearby, someone who cares.

I’m not invincible. I know this. No one is.

And I am alone, frighteningly, terribly alone. Most people are, even when they have someone at their side.

But I have the best students in the world, students who called and messaged me a hundred times a day, students who walked up this mountain in the dark with only the moonlight to light their way to check on me and bring me bags of fruit, students who literally carried me down the mountain to take me to the hospital.

I have a cat which would not leave my side the entire time I was sick. If I became very still, very quiet, he would leap on me with his two front legs to check on me.

I am surrounded by life and beauty.

In the mornings I watch the sun rise violent red out of the Atlantic, watch as it slowly lights up the entire southern coast of Espírito Santo.

At night, I watch porcupines dance on the roof of my house.

The other night I opened my door to see an ant eater amble about looking for ants. (What do you see when you open your door?)

But we aren’t limited by that lack of invincibility. Instead, it can liberate us. We can live with passion. We can live with love. We can plant beauty everywhere around us. What we do, how we live, what we plant, it doesn’t stop the inevitable end. But it does outlive us. Our passion can infect like any virus. The love we give transforms others, lives on in them and they in turn pass it on to others. The beauty we plant continues to grow long after we are gone.

Walt Whitman ended his magnificent Song of Myself with the following:

The last scud of day holds back for me,
It flings my likeness after the rest and true as any on the shadow’d wilds,
It coaxes me to the vapor and the dusk.

I depart as air, I shake my white locks at the runaway sun,
I effuse my flesh in eddies, and drift it in lacy jags.

I bequeath myself to the dirt to grow from the grass I love,
If you want me again look for me under your boot-soles.

You will hardly know who I am or what I mean,
But I shall be good health to you nevertheless,
And filter and fibre your blood.

Failing to fetch me at first keep encouraged,
Missing me one place search another,
I stop somewhere waiting for you

I can think of no better words.