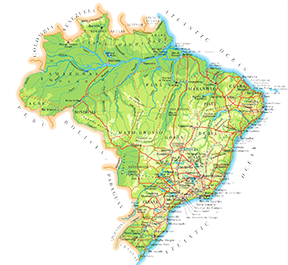 The world is full of languages. Why spend time learning Portuguese? Isn’t it just like Spanish? And who speaks it?

And Portuguese is the language of Brazil.

Brazil is an emerging power with a growing population and a robust economy. A huge nation with cosmopolitan cities, petroleum, granite, steel, a massive agricultural sector, tropical forests, and the longest coastline in the world, whatever you want, Brazil has it.

And the language of Brazil is Portuguese.

For information about learning Portuguese here in Iconha, fill out this form: